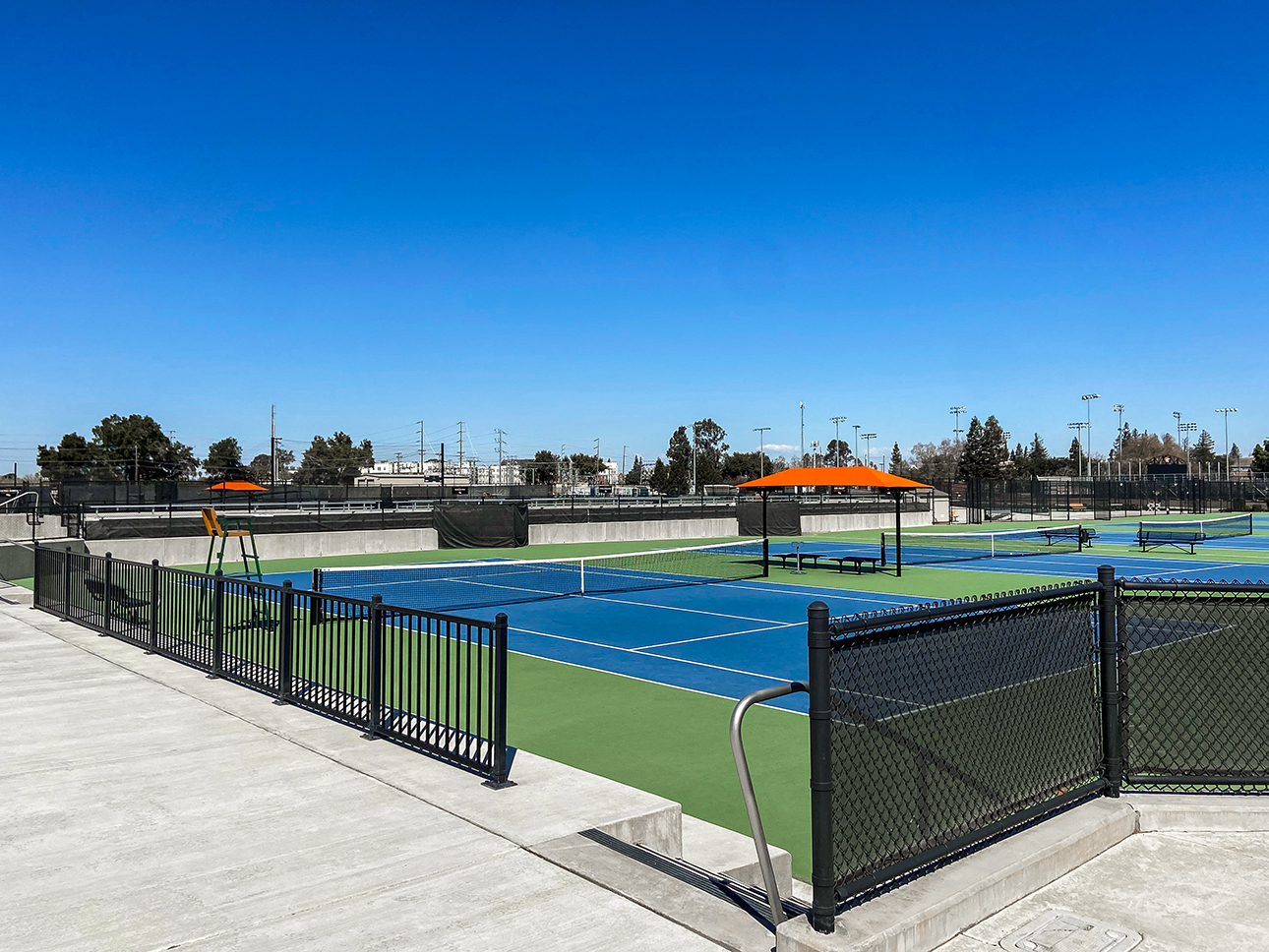 University of the Pacific Athletic Facilities

Over the last 10 years, Siegfried worked with the University of the Pacific’s Athletic and Facilities Department to develop a state-of-the-art athletic complex on the southwest corner of their urban campus. The site was redeveloped to feature a sand volleyball complex, tennis complex, soccer field, and field hockey field.

The Raney Volleyball Courts feature three playing courts with seating surrounding the courts on the north, west, and east sides of the facility. The facility includes bleacher-style stadium seating and a multipurpose natural turf training and activity area adjacent to the courts which are utilized for special event staging and other team activities. The courts are also designed with a natural turf perimeter with the goal of eventually converting all turf areas to synthetic grass for increased water efficiency and year-round use and training.

Knoles Soccer Field underwent a renovation in which Siegfried provided design services for the stadium as well as pathway design and cost estimating.

The Pacific Field Hockey facility was built in 2014, featuring the first field hockey field to be installed with Edel Grass in the United States. Siegfried worked closely with the coaching staff to program the field material, site amenities, and watering system.

For Pacific’s Klein Family Field, Siegfried provided services for the grandstand roof support structures along the first and third baselines, including the shade structures that cover seating near the concession stand and Duraflame Hot Spot!